- a cultural and leisure space was opened in Valencia  -
Convent Carmen 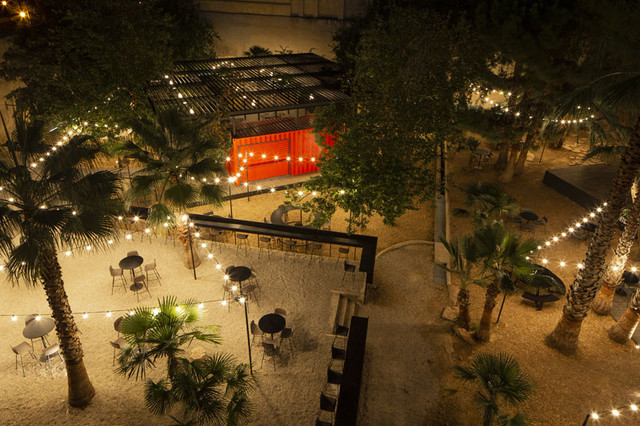 Last September, a cultural and leisure space was opened in Valencia, Convent Carmen, which occupies a former convent of 1608. It is a project promoted by businessmen Santiago Máñez and Juan María Sánchez. Convent Carmen is composed of two areas: the church, in which the architectural intervention has been very subtle, and the garden, a space dedicated to its gastronomic offer. In this post we show you the work of two of the studios that have participated in the creation of this cultural space. On the one hand the study of architecture and interior design Francesc Rifé and on the other the Study Nine in charge of the graphic part. 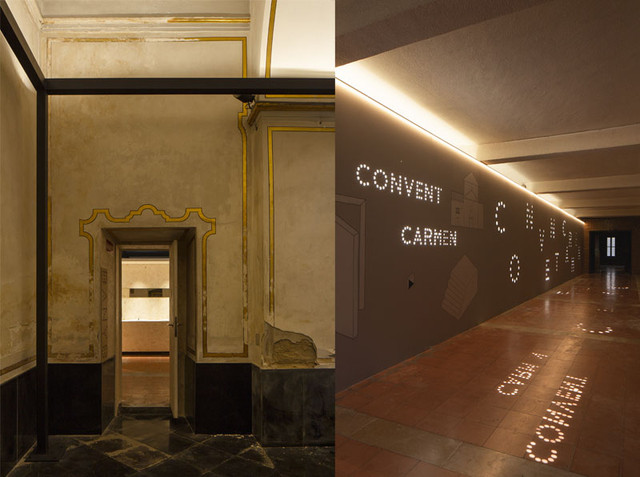 "The old convent of San José in Valencia opens up to the world under the name of Convent Carmen and a new narrative that balances design, history and nature. It is a cultural space, a restoration, and soon a hotel, which transgresses the conventional modes of expression in its genre. Beginning with an intervention in the desacralized church, up to the exuberance of its bucolic garden, and the explosion of social activities for which the space has been consciously prepared. 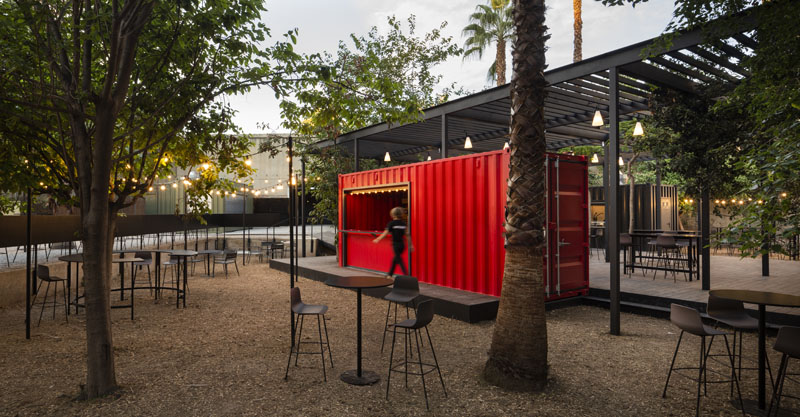 The expressly minimalist performance of the studio begins with the church, which has become the main access, patella and multi-purpose space. An independent metal armor reinterprets the original shape of this religious building from the 17th century, articulating a flow of contemporary lines and adding a new dimension to the Renaissance space. Designed as a 21st century sculpture, it has been projected completely independently to the walls of the church, either for patrimonial reasons, for which its cataloging prevented any fixation in its current walls, as a concept. The new structure integrates all the audiovisual technical elements, as well as an expressive color lighting system with RGB that will make it changeable, both formally and emotionally. Its design acts as a longitudinal and transversal conductor, projected with different sections of metal profiles, enameled in black. 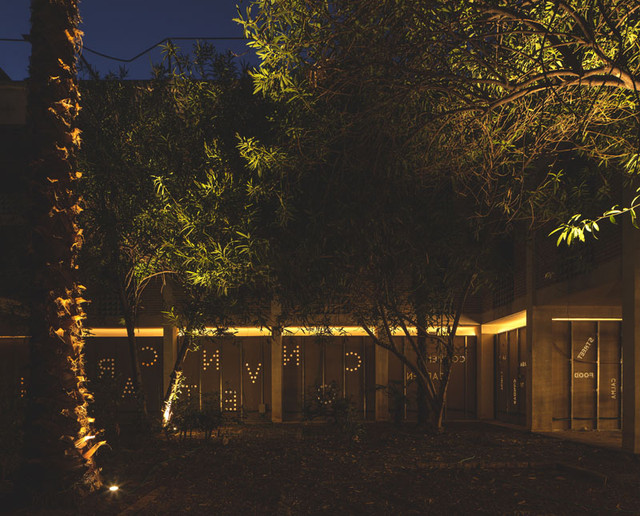 Through this element was intended to develop an obvious past-future connection, and as it happened in the Renaissance the dome takes an essential role. The crossing between the two naves was the most important point of its architecture, and it is where a symbolic replica of the vault was projected, through the succession of three circles at different heights that create a parabolic form in space. In it, many hanging lamps have been fixed as a great lighting element, which will be the preamble to the altar or new stage. This space for the celebration of the religious rite, now becomes a privileged place for musicians, lecturers and a multitude of actors, which will make this one of the main participatory focuses of the city. The simplicity of this intervention demonstrates the importance of holding back and making little noise when the context already expresses its memories with force.