- A picture is worth a thousand words  -
Alioune Diagne 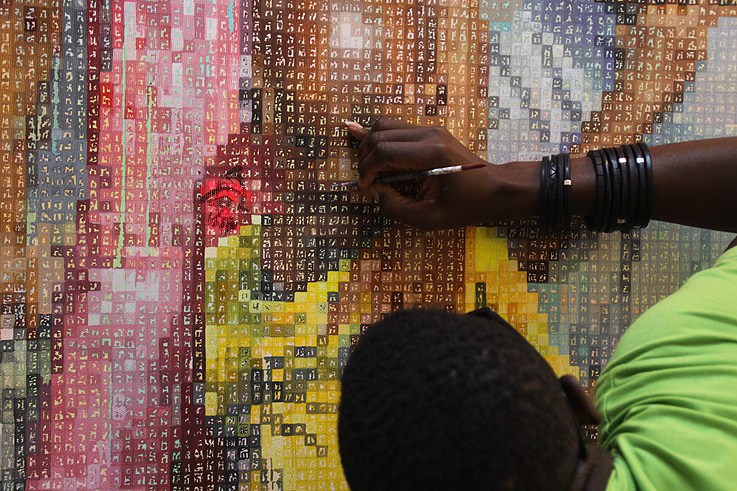 A picture is worth a thousand words. This is what the Senegalese artist Alioune Diagne tells us, becoming a key figure in the contemporary art world. Alioune's paintings are calligraphies, arabesques, personal signs with an accumulation of geometric shapes that give rise to concrete characters to deliver a reality of the visible. His gesture is a synthesis of different techniques. Behind a work of great rigor and patience, Alioune Diagne confirms the solidity of the pictorial tradition, its ancient human essence and, therefore, its undeniable supremacy. His work is an eternal declaration of love to the power of expression of the language of painting. 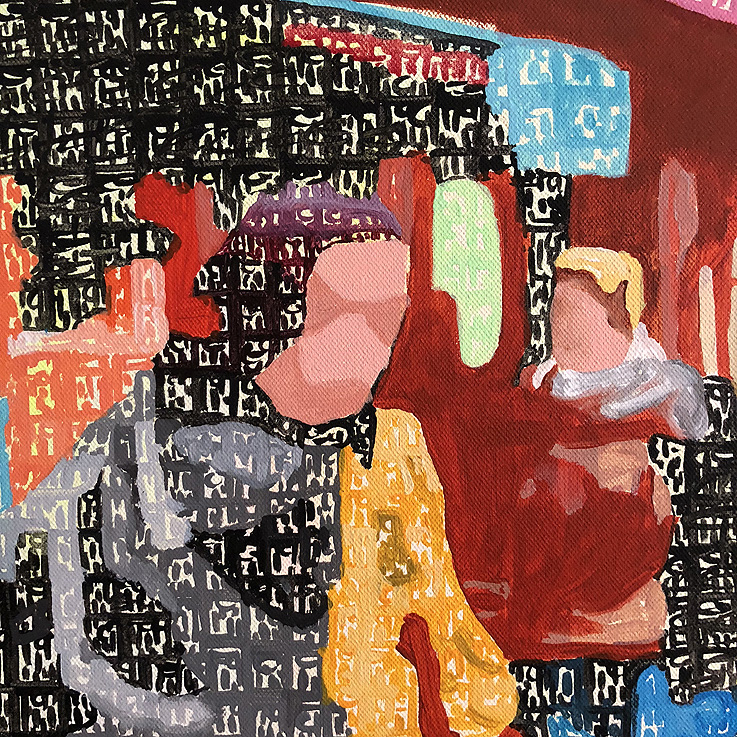 After several colorful exhibitions and his departure for France that adopted him, his style is affirmed within a pictorial movement that he founded, the "Figuro-Abstro" (between the positive and the negative, the shadow and light, proximity and distance, the figurative image and abstract image). His characters emerge from rigorous compositions punctuated by the use of geometric shapes and a wide range of carefully balanced subtle colors. This young painter expresses what is behind the painting, beyond the image, offers the attentive and curious viewer his own interpretation of the visible and access to the most intimate subject. His paintings convey the values ​​of solidarity and fraternity. Solidarity artist, committed, pays tribute, among others, to the fight against violence against women and children, as in his series "L'Enfance". In the latter, invites everyone to reconnect with the memories and moments of their own childhood, an innocent being. His approach is militant, political and artistic. Alioune Diagne is convinced that art and culture are the engines of development, expression, debate and education. 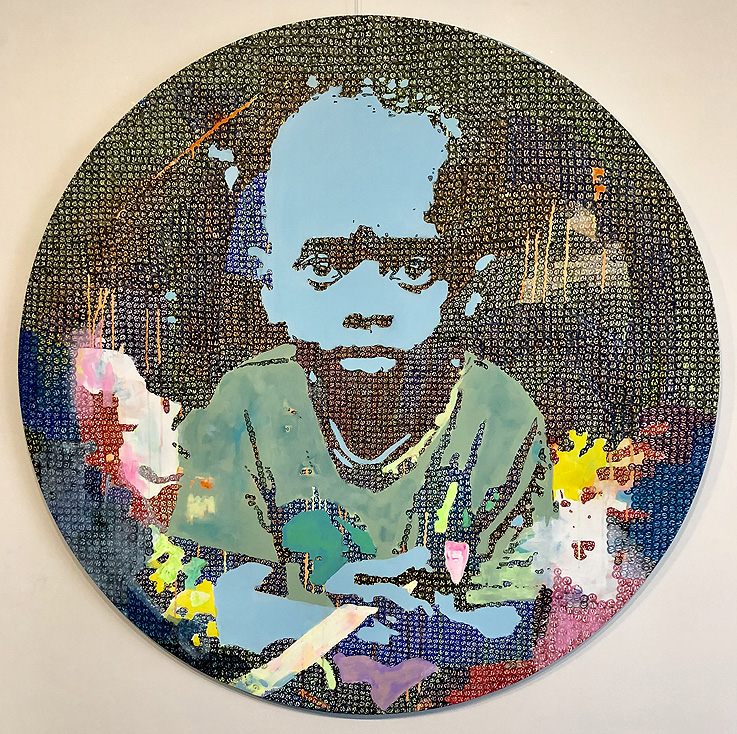 The portraits painted by Alioune Diagne are loaded with symbolic or purely allegorical meanings. In this particular "performance" that is the portrait, the painter proclaims life as art. The geometric shapes and signs are arranged to feed the curiosity in the discovery of the world. From a geometric abstract art, from a laboratory art, it passes to an art open to life with a figuration with simplified forms. Alioune is inspired by scenes from everyday life and the city. In his works, he expresses his youthful spirit through the vivacity of the colors and the rhythm of his compositions. His immense paintings are composed of thousands of objects that can only be distinguished when approaching. Colors are also essential for your life. Therefore, always look for the "tone" that best expresses your message. He works to perfect his creations, and he remakes his drawings a thousand times to find the most beautiful ones. His inspiration and imagination give him the first touches of color and take him along the path of his creations. It is diversity that makes beauty. 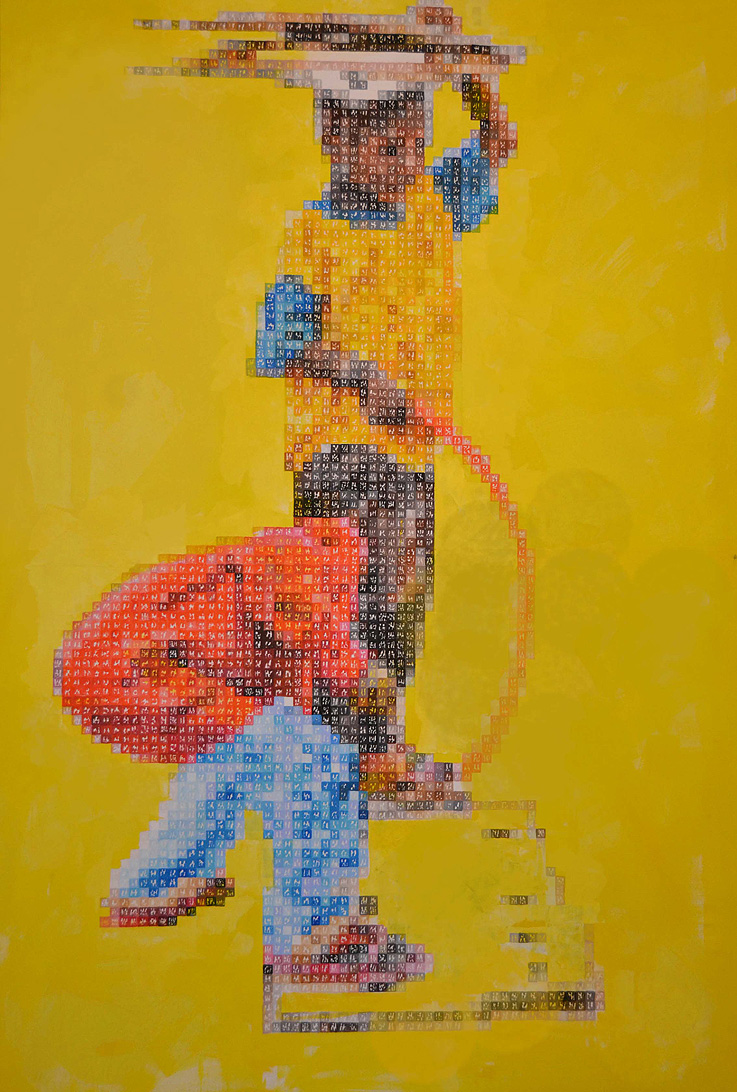 An African proverb says that "culture is the very possibility of creating, renewing and sharing values, the breath that enhances the vitality of humanity." "