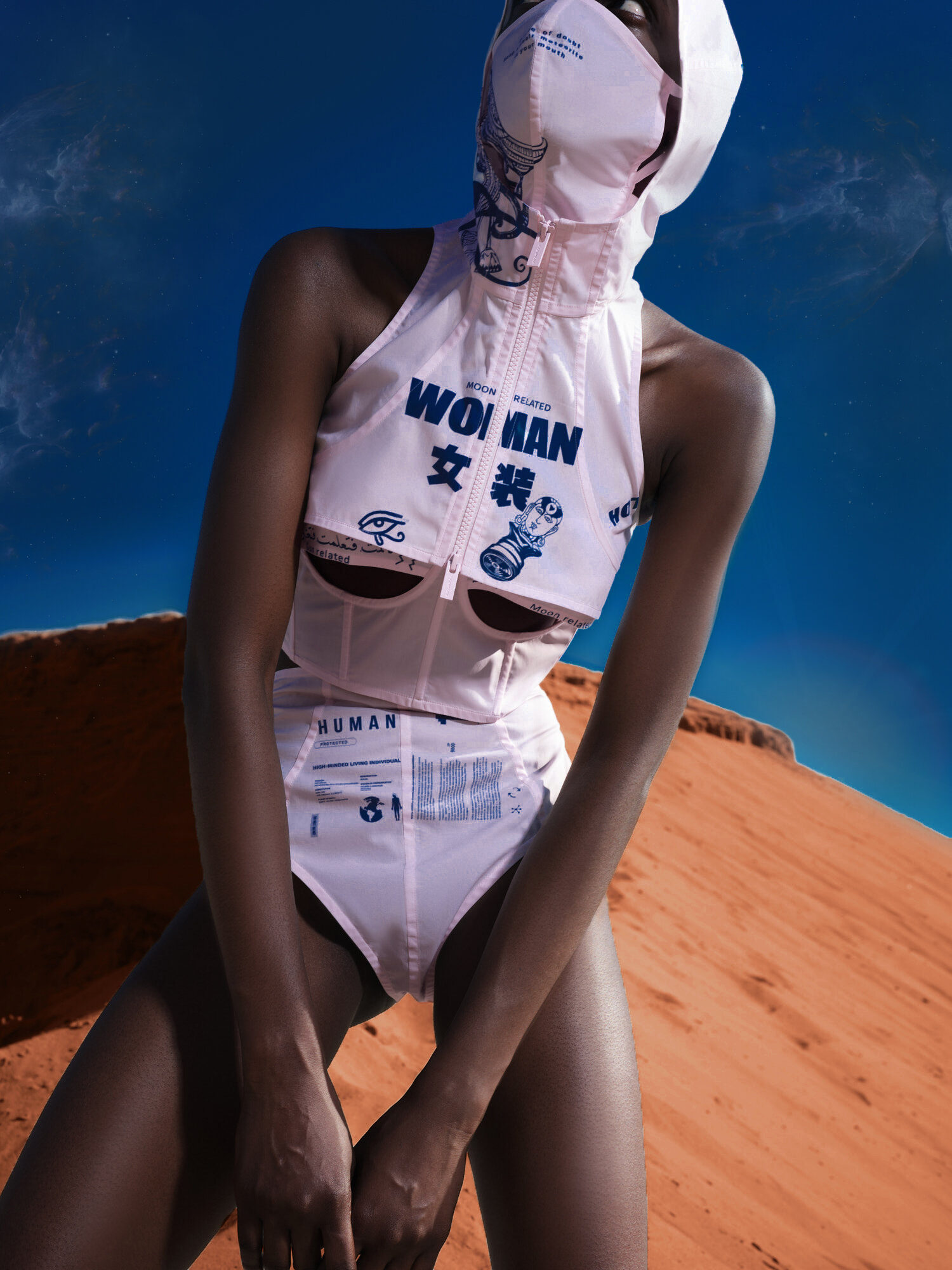 TTS WTRS presents a new series of collection called The Earth Series takes inspiration from a hypothetical future that involves space travel and the possibility of inhabiting new plants. A world where visual culture – fashion and clothing, becomes the main mode of communication. Arguably, we have already begun using fashion as a way to transmit ideas about our identity, but TTSWTRS takes this a step further. The centrepiece of the designs is the concept of a ‘second skin’, which is embroidered with inscriptions and images that involve a series of mantras, sayings, and symbols. The pieces are made to highlight the human body and its duality; it decentres the body whilst also maintaining the essence of one’s identity. 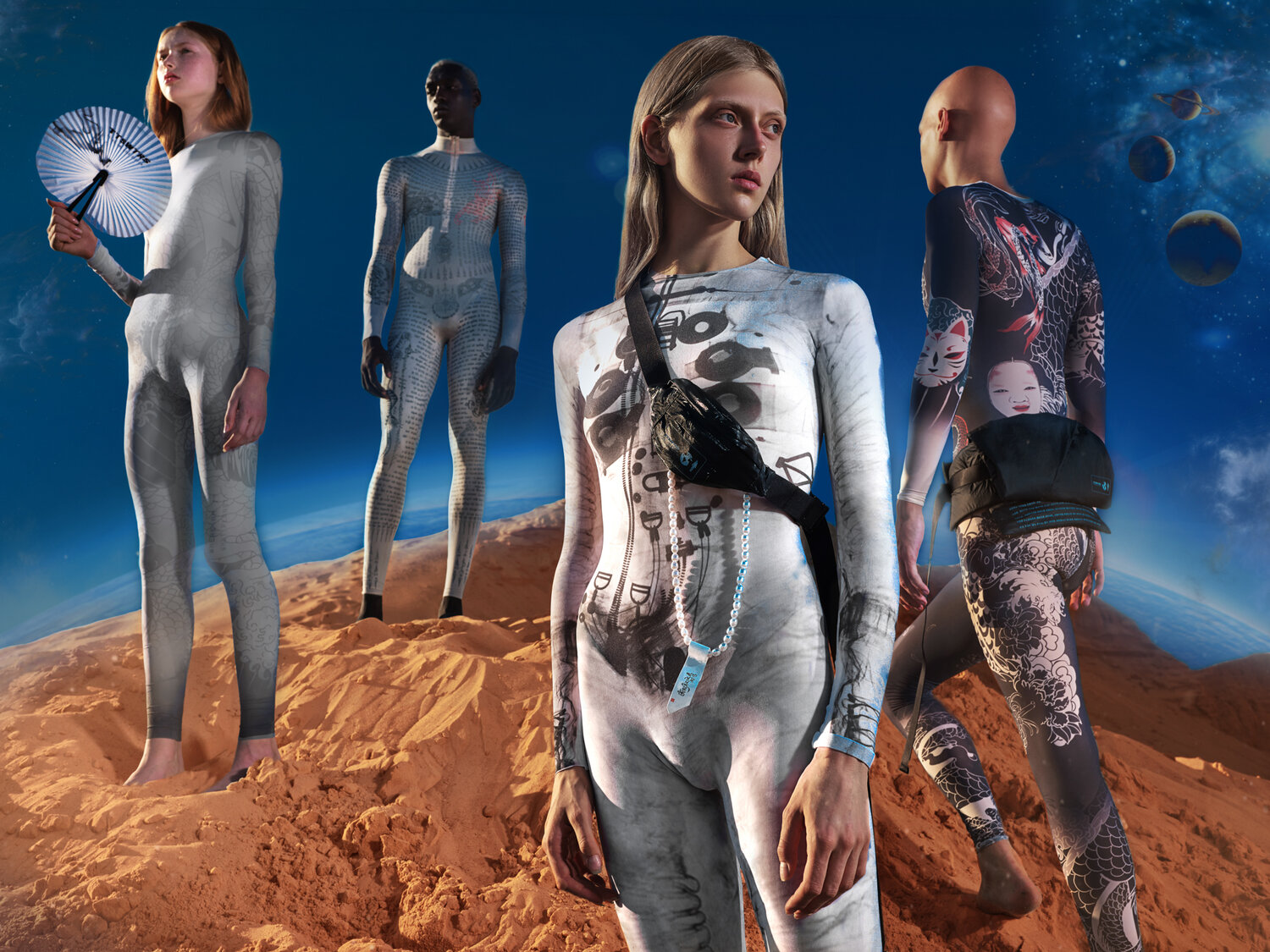 The line includes unique pieces developed in collaboration with other creatives: the Naked Landscape coat was created together with photographer Kseniia Kargina and the Earth, Mars, and Venus hoodie was made alongside American designer and illustrator Jeremey Harnell. The materials and fabrics used range from silk, micro modal, net, and denim, with a predominantly white, beige, and black palette. Each piece of clothing captures the essence of the earth in its entirety. 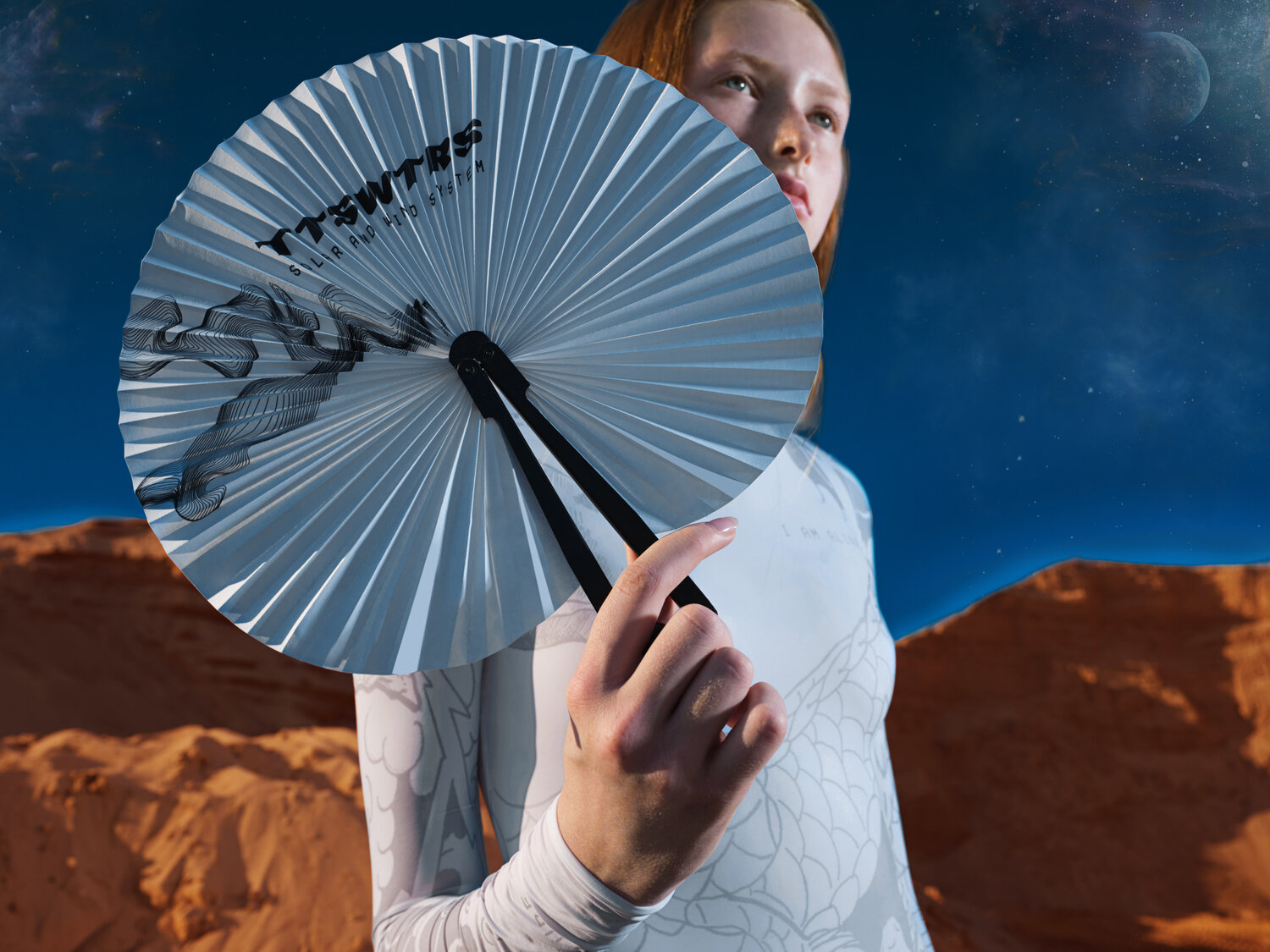 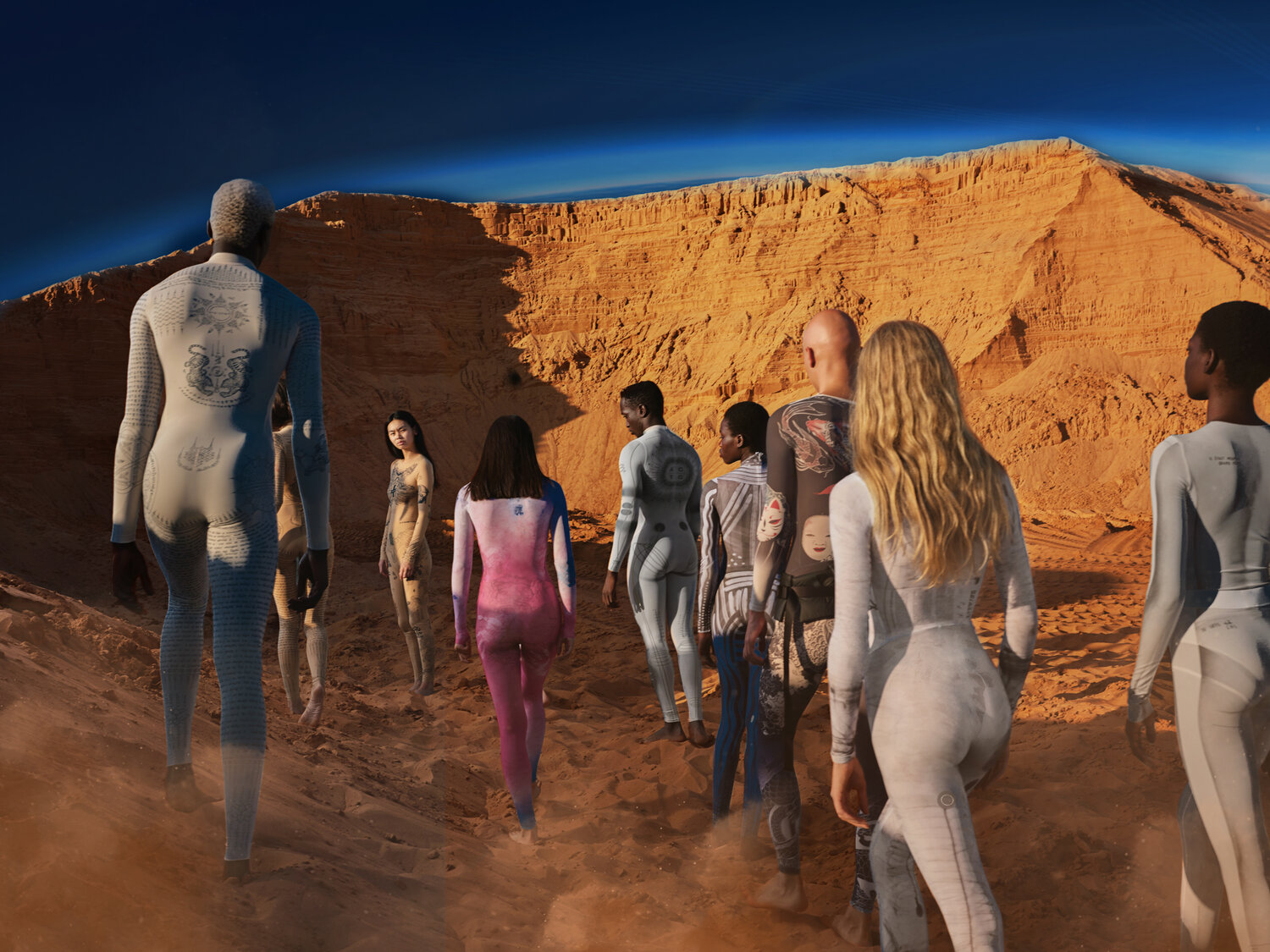 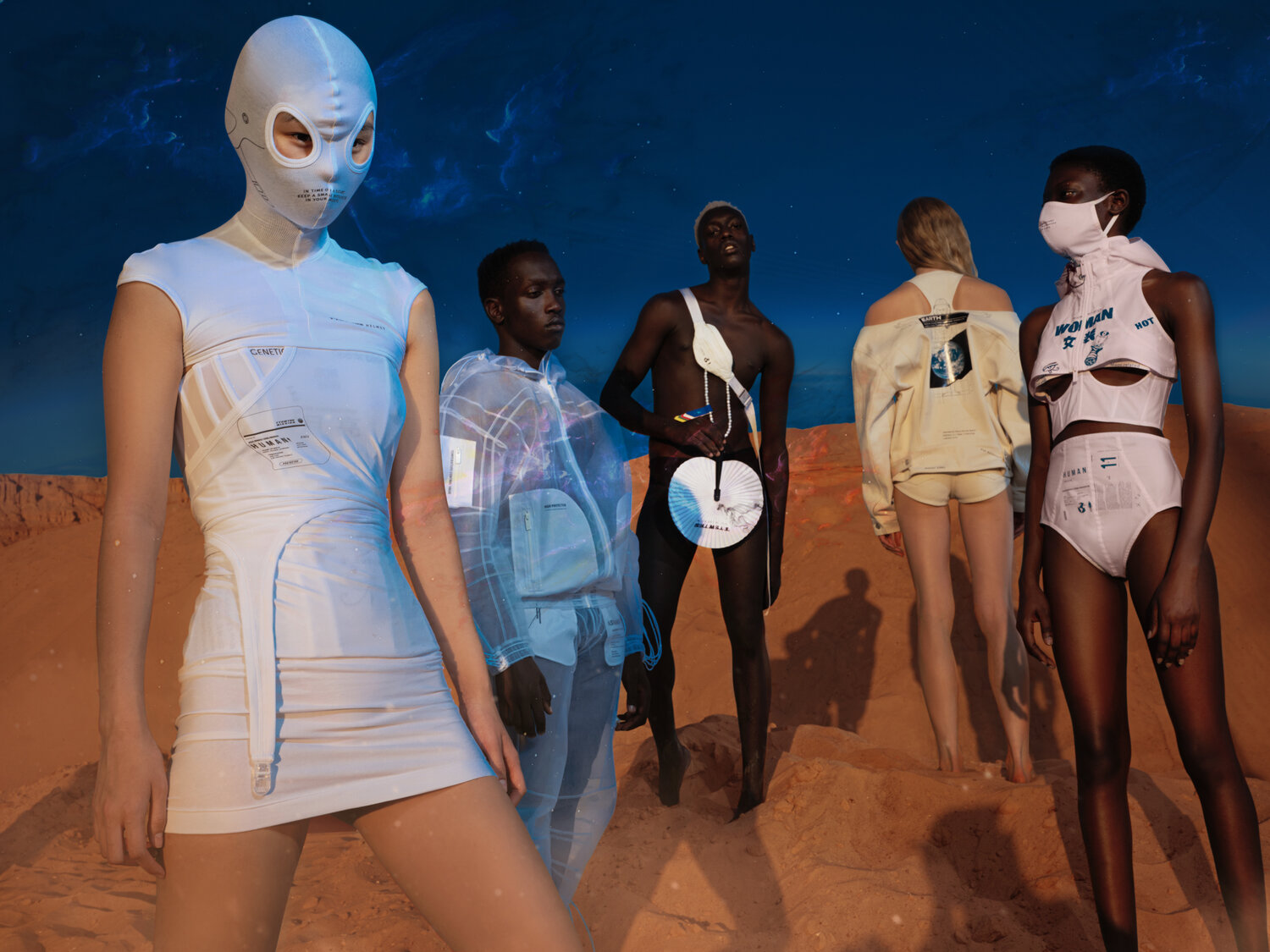 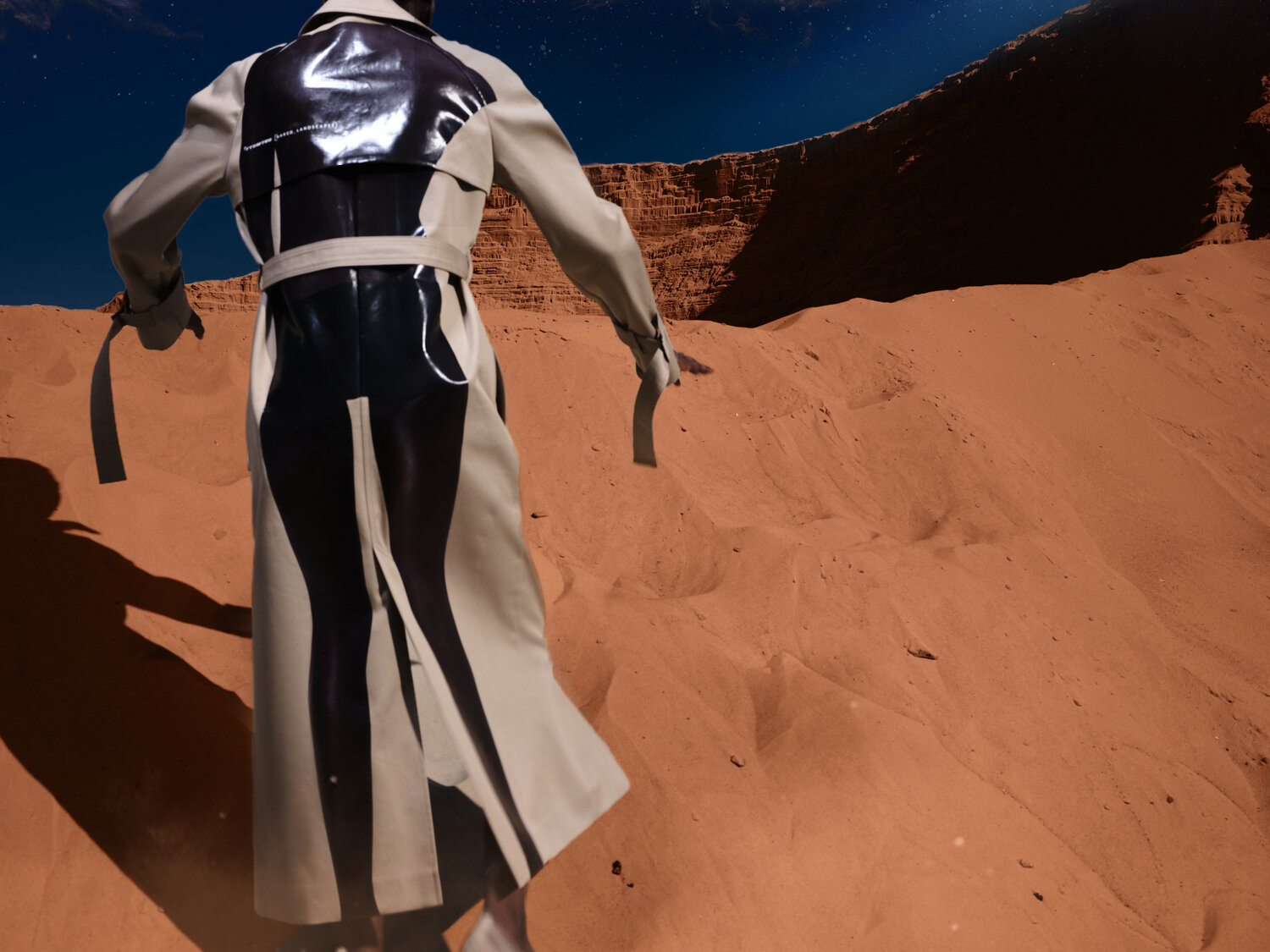