-  the most joyful Peruvian bloodshed in Madrid   -
Apura 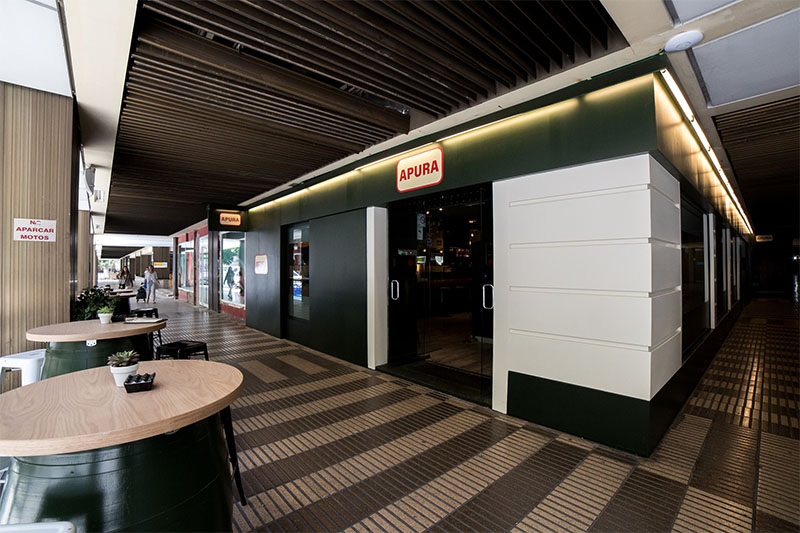 Mario Céspedes is doing well. And we appreciate those who piroue us Peruvian cuisine that for some years so good representation has in Madrid. Mario is a shy and simple man who has always gone step by step. But he is already in his fourth establishment and he is throwing it. These days Apura rolls, a bloodthirsty brimming with flavor.

Despite his restraint in the face to face, of not being as media as other compadres and of not having an excessive ambition, Mario is recognized as daring. He opened in Aviles some time ago his first Asturian-Peruvian restaurant, Ronda 14, which already proved its value. Conchi Álvarez, his Avilesian companion since then, has been a talisman and a key link in all his upcoming projects: the Madrid Round 14 and, later, also in the Salamanca district, Cilindro, his bet perhaps more committed to its origins. 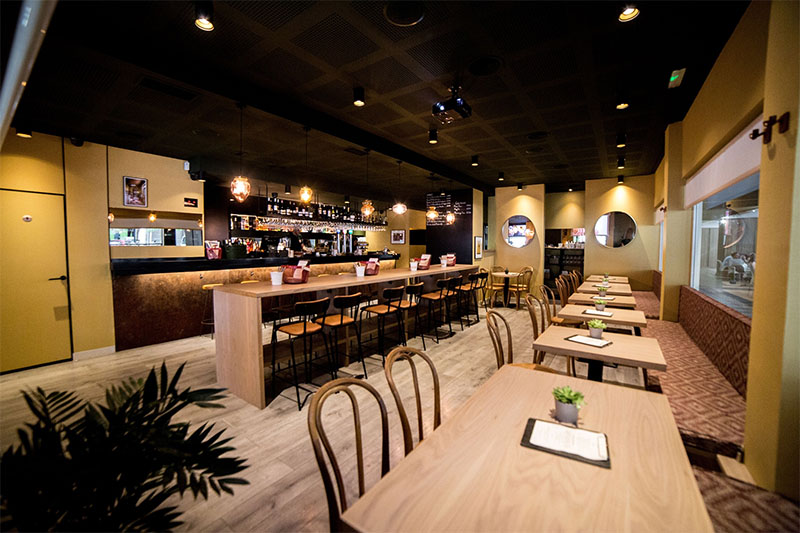 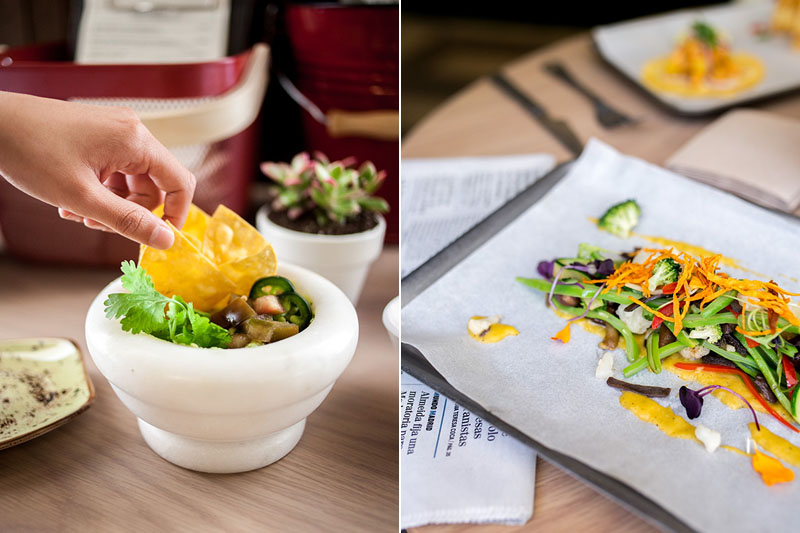 Superior images: the terrace, the restaurant and two of the entrees: guacamole and salad. Apura Gourmet


Now it is the turn of the most informal and fast version of Peruvian food, while passing through the Iberian and Asturian sieve , that Mario is already one more among the greats of Spain. In a generous space space, located in a corner that takes advantage of the porch for a good terrace. Apura is a party that only needs to go with a bib. You have to spend a lot of time to eat your dishes with your hands and do not use dozens of paper napkins. You can also use cutlery, but surely the diner will not enjoy so much. This is street food in the style of his native Lima, sandwiches that stain the beard but leave a happy trail. 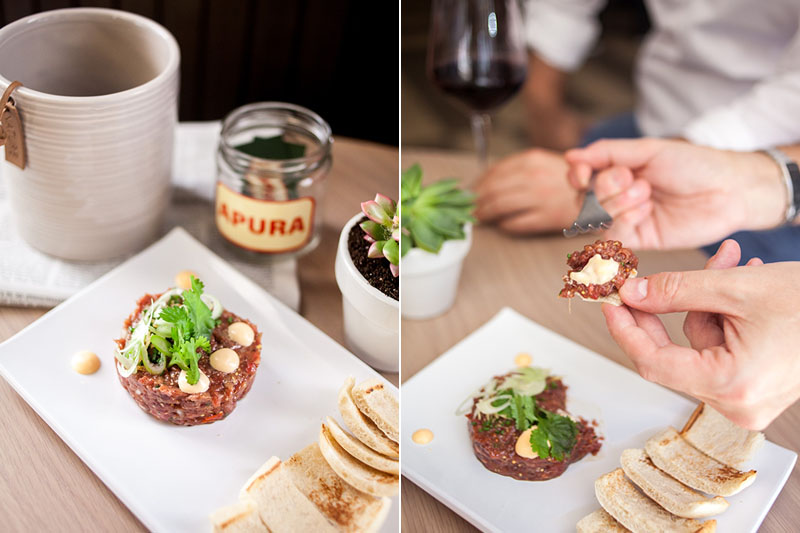 Already at the entrance you can practice with chicken tacos with rocoto and pineapple, with guacamole or with a brioche of Iberian carrillera, sesame and peppermint. Less pringue leave the steak tartare or the salad with ricotta, chicken and nuts. Although the most outstanding lid seems to us the ear roll and chili. Almost nothing. There will be those who do not dare to prevent hulls, but the bite ends up being a gocha (of gocho, although it would also be enjoyed) of pleasure. Orthodox will be suspicious of their addictive bittersweet sauce, yes. 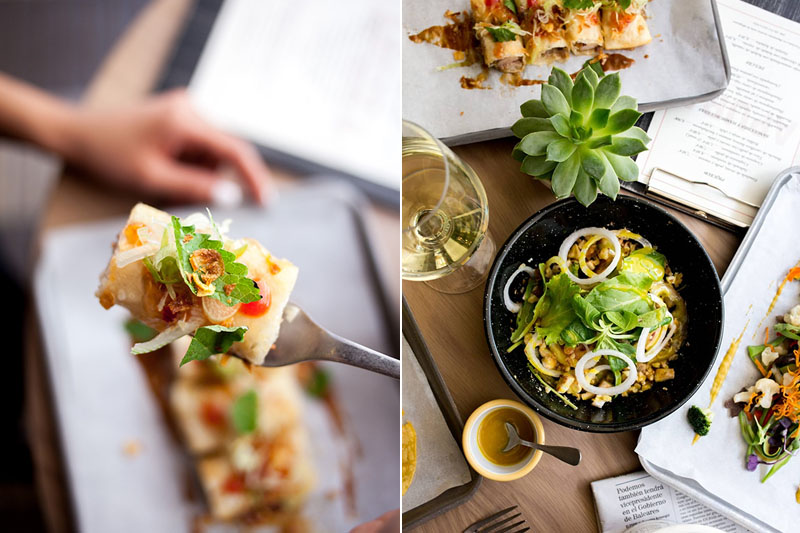 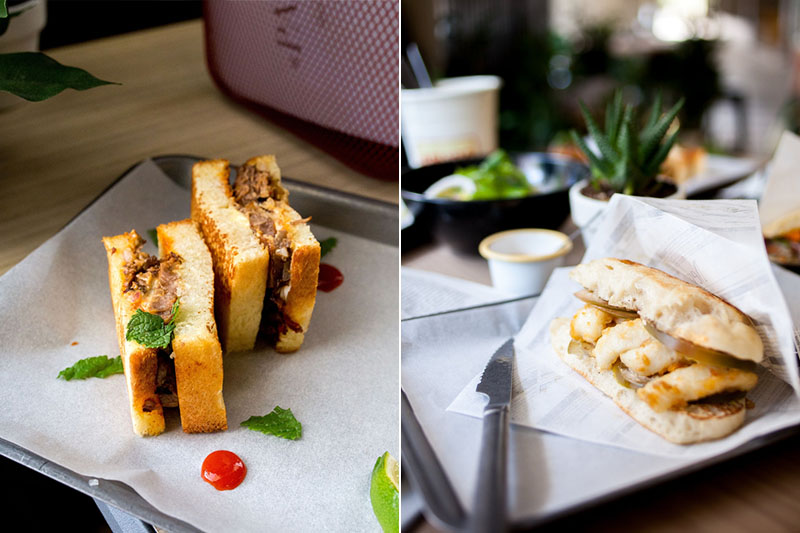 Top images: the brioche, the squid sanguche, eating with your hands and the El Adelantado hamburger. Apura Gourmet


The next stop in Apura is already the main stop . The most important among the sánguches, the chicharrón, with fried sweet potato and Creole huacatay sauce. Delicious. Another option is the fried squid. It also stands out the hamburger baptized El Adelantado-tribute to the Asturian conqueror- with yellow chili pepper and, OMG !, chorizo ​​hash tortilla. As with the sánguches, the bread (of dough mother) usually does not support the maneuver, it is broken and the hamburger of washes. It just doesn't matter. The hand and face covered in sauce. A good review in the sink and back to the pit, that this area is very busy. Maybe before a French toast with vanilla ice cream. Maybe a single pisco sour, for which they will say ... 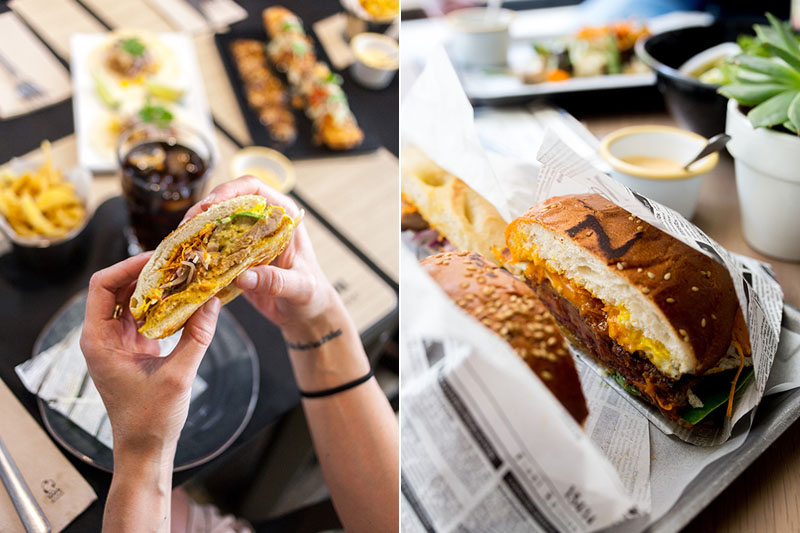 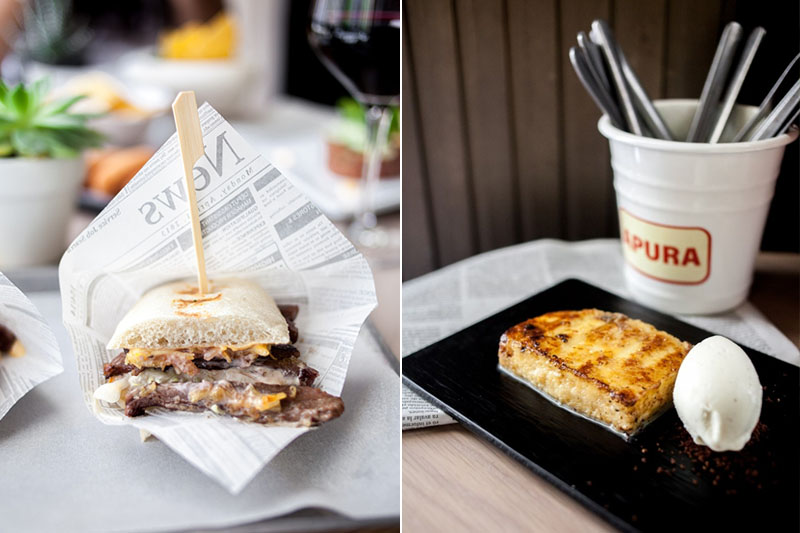 Apura is a new success of Mario, an easy and versatile restaurant with which we get another interpretation of his personal trip Peru-Asturias. That connection was never so fruitful on the table. Go hurrying, that the sanguches take them out of their hands. 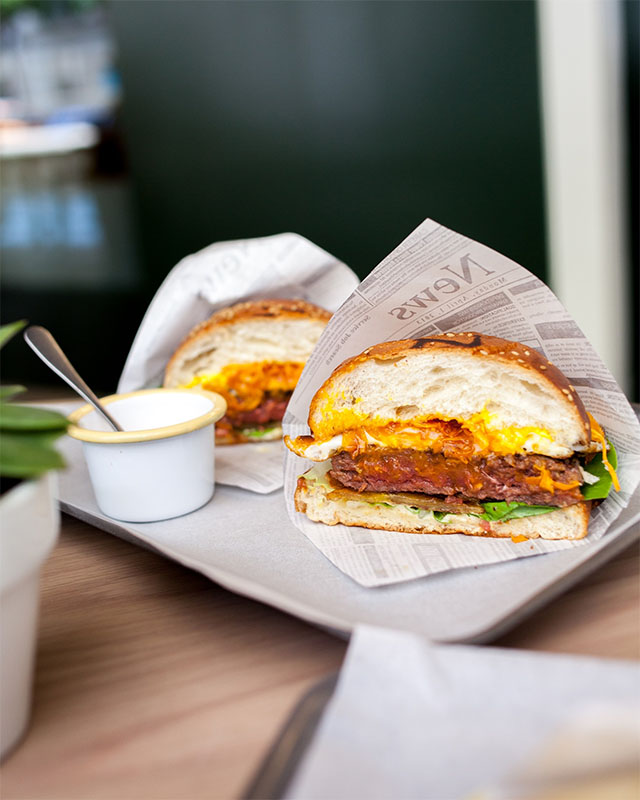 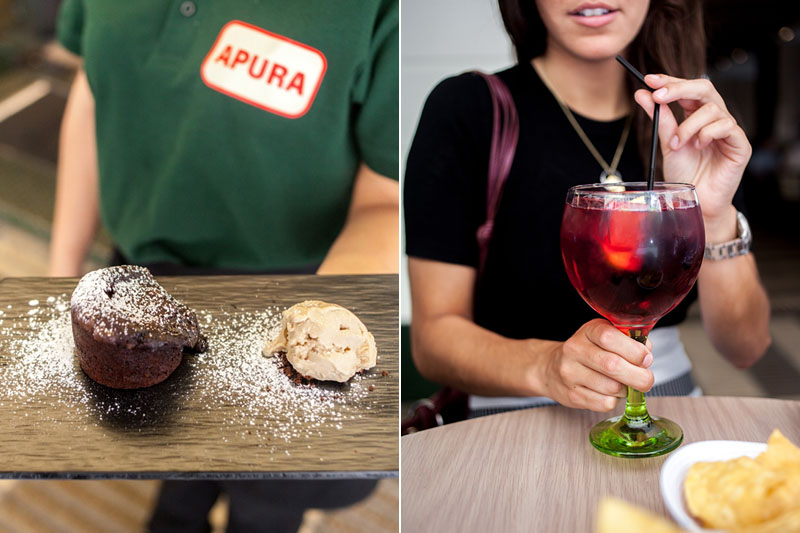