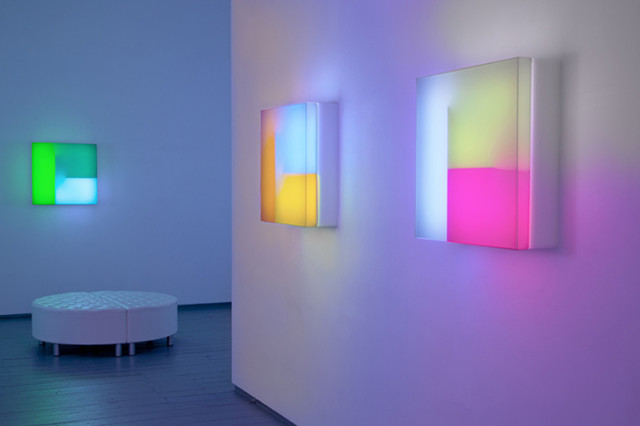 Ivorypress presents the Brian Eno exhibition that can still be seen until July 15. The wonderful icon of electronics and ambient exposes his works of art, light art sculptures and divine compositions. Eno brings his light of calm as he brought the album Music for Airports, in the form of personal aesthetic constructions on the ethereal, the idea of ​​time dilation and formal and sensory evasion. An interesting commission and some pieces that only in him can be understood as the logical extension of the virtual worlds, which with so much merit he has built. If Brian Eno tells you, then taste it. Very commendable praise of the slow.

Light, the first solo exhibition in Ivorypress by British artist Brian Eno, consists of an installation of light works, which one by one are synchronized in an infinite combination of "colored landscapes" through a series of interwoven LED lights. With the creation of a work that expands time limits so that it seems to have no beginning or end, Eno, "encourages people to stay in one place for a while". "If a painting is hanging on the wall, we do not feel that we are losing something by not paying attention to it. However with music and video, we still feel an almost dramatic expectation. "

Each musical light box is accompanied by a unique musical composition. In parallel, Eno has composed a piece of music for the exhibition that will accompany the total of the installation and will be interpreted throughout the exhibition. According to the artist, "My music and videos change, but they do it slowly. And when they change they do it in such a way that it does not matter if you get lost somewhere. " 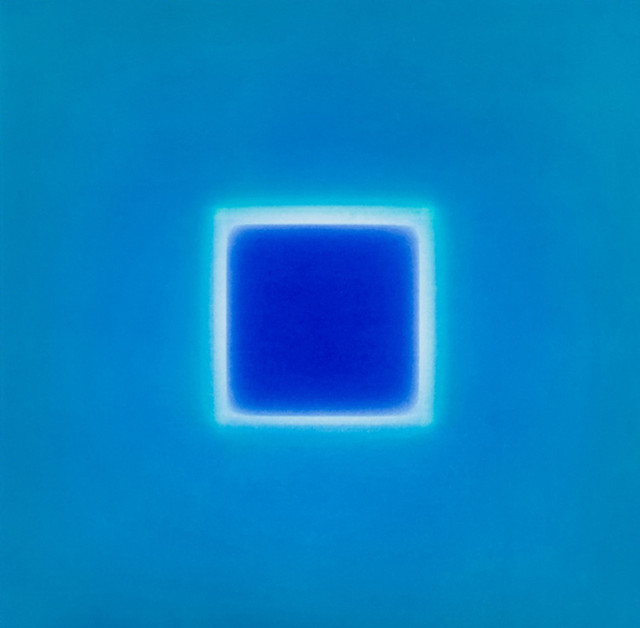 In addition to the light boxes, Eno will also exhibit seven engravings that, like photographs of light boxes, capture an instant in time. He will also present two lenticular works, created through a system in which the lenses give the printed image the illusion of depth and animation, providing movement to what would otherwise be an abstract and flat form. They reinforce Eno's notion of a work "that you can look at and pass by as much as you could in a painting: she is still and you move".

This convergence of different media is key in their work. "Painting and music have always been interwoven" for Eno. "I started playing with light as an artistic medium more or less when I started playing with sound in my adolescence. When I think about what I have been doing during the years that I have dedicated to the interventions, I have the feeling of having been trying to slow down the music so that it can become something closer to painting, and to encourage the painting to be more like music. ... in the hope that the two activities can meet and merge somewhere in between, "says Eno.

Brian Eno (Suffolk, United Kingdom, 1948) is an English musician, composer, producer and visual artist, known as one of the leading innovators of environmental music and generative painting. As a visual artist he has exhibited since the end of the seventies and has continued to show his work regularly in cities such as Tokyo, Cape Town, Rio de Janeiro, New York, London and Madrid. His work is dedicated almost exclusively to the possibilities provided by light as an artistic medium. In 2009, Eno had the opportunity to exhibit his work in the emblematic candles of the Sydney Opera House (Australia), a task he carried out through the deployment of powerful projectors whose light pierced Circular Quay. The installation consisted of software created by Eno himself, 77 Million Paintings; a piece that creates a picture of light in constant change, albeit at an almost imperceptible speed.