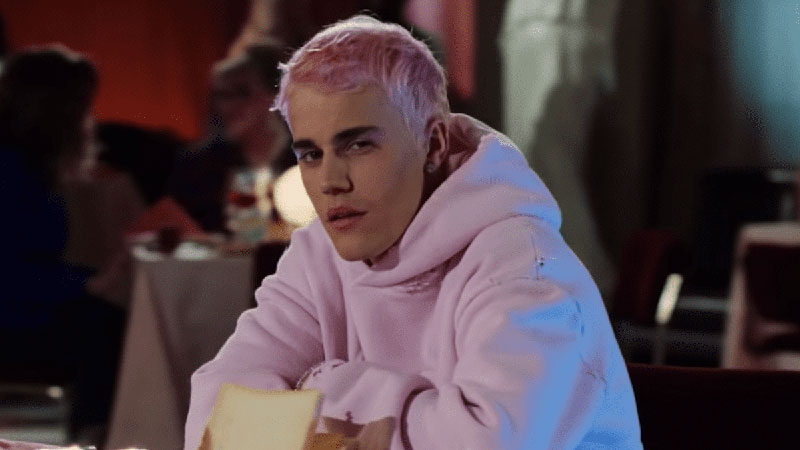 The 8 best singles in Spanish and English released during the first week of January 2020, from Justin Bieber to Monica Naranjo, passing through Lauv.

The first week of the year is loaded with releases. Although it seems that record companies have left the best cartridges for later. We have highlighted 8 themes, 4 in English and 4 in Spanish. We have stayed in the pipeline themes like Dare Me de Nervo, Plastik Funk and Tim Morrison…. Gatti from Jackboys, Pop Smoke and Travis Scott ... Why are you here from Machine Gun Kelly ... But hey, you have to stop at one point

Slim, with marked features, a bit haggard and pink hair, Justin Bieber plays the video clip, directed by Bardia Zeinali, of his new single, Yummy. Maybe the single is not the most, nor what we expected after a lethargy, but it's always Justin Bieber. And it is, for now, sweeping streams. But, of course, I say again: it's Justin Bieber and arouses a lot of curiosity. The credits of the composition include Ashley Boyd, Daniel Hackett and Justin Bieber, along with Kid Culture, Jason Poo Bear Boyd and Sasha Sirota who also appear as producers.

On this occasion, the hair color that is styled in the video clip, directed by Adinah Dancyger, from Changes is blue. In it, Lauv , dressed in Champion, rides an exercise bike. It seems in rehabilitation plan while singing things like “I think I'm going to take a break from alcohol…. I think I'm going to take some pills to fix my brain ... Everything will be fine, everything will be fine, someday. ” A seemingly sincere song interpreted, produced and composed by Lauv himself, under his real name, Ari Leff, and co-authors Michael Matosic and Michael Pollack.

New single from the fifth album of the British band, Everything else has gone wrong. A kind of return of Bombay Bicycle Club after a break of three years without going through the study. This album is supposedly a celebration of the 10 years since the release of I had the blues but i shook them loose, the first album of the band led by Jack Steadman, lover of lyrics, long song titles and emotional and conceptual pop . A theme that has the support of John Congleton in the production, winner of a Grammy for the production of the best alternative music album for St. Vincent.

Commercial romantic song that we include for its value of pure gossip. Apparently, the American actress and singer had a romantic relationship with the musical artist Niall Horan, a former member of One Direction. Well, after his breakup, Niall was dedicating songs of heartbreak. And the tabloids now say that this song, Wrong Direction, is Hailee Steinfeld's rematch. A song composed by Hailee herself in the company of Elizabeth Lowell Boland, Skyler Stonestreet and Stephen Kozmeniuk under the production of Koz.

We are in the credits of this Word of Woman to Jimmy Webb. 74-year-old American musician who has composed songs for artists such as Joe Cocker, Barbra Streisand, Art Garfunkel, Thelma Houston, Frank Sinatra, The Supremes, Johnny Cash, Tom Jones, REM, Billy Joel ... And now Monica Naranjo plays a version of one of his songs, MacArthur Park, a song originally performed by Donna Summer. Interestingly, this version was part of the artist's repertoire of songs during his first concerts. In fact, Word of Woman gives name to its 1997 album, although the subject never got to appear in disc. He does it now with the production of the British Chris Gordon, name behind the album Lubna by Mónica Naranjo, and also by Adrenalina de Edurne.

Chilean artist Princesa Alba presents her new song Mi Culpa. A song performed together with Spanish producer Cristian Quirante Catalán aka Alizz , who also signs the production in the company of Francisco Victoria, who is a regular on many songs by real-name artist Trinidad Riveros. The three share the authorship of this pop theme of soft Latin waddling.

Aflamencado reggaeton song composed by Alba Casas Hernandez aka Albany and accompanied by Svcio Beats in production. A theme for perrear and party equally. "I am your mom, daddy ... You are my pimp ... I want you to give me the back ... I send you an uber, tell me what wa" ... Álba sings to us with a calm and confident tempo.

Nasal pop quintet and “melodic manno and manchego based in Madrid. They make round, vitalistic, melancholic, elegant and original melodies. They have been compared to artists like Belle and Sebastian or Carlos Berlanga ”, this is how the band describes itself on its own website. I put the nasal, but it is a feature of many Spanish pop bands. This theme, a bit chronicler of Spanish society today, including politics, is the preview of what will be the band's new and second album: First World Dramas.

You want to hear our latest rankings: Here is the one from the last week of 2019 .