- new imagined memory for the neighborhood  -
2D Art on Street The impact of his intervention A Wall, Constructive Memory made with the artist Diego Delas is also considerable. The transformation of a large pediment wall 18m high and 35m long recently planted in a neighborhood on the outskirts of Aranda del Duero, gives them the opportunity to build a "new imagined memory" for the neighborhood. On this large canvas of reinforced concrete the authors mix compositional elements that recall the warehouses, factories and corrals that used to occupy the streets, as well as some ingredients of the domestic scale such as stairs, ceramics, etc. All this sprinkled by great gestures of color and expressiveness - why not say it? - moderrrna. To the perplexity of the authors, the wall has been received with great respect by the neighbors whose windows have made cuts of the work itself. Gonzalo confesses that both authors are still anxious to receive the well-deserved urban abuse, which in his opinion would be the natural continuity of the work. 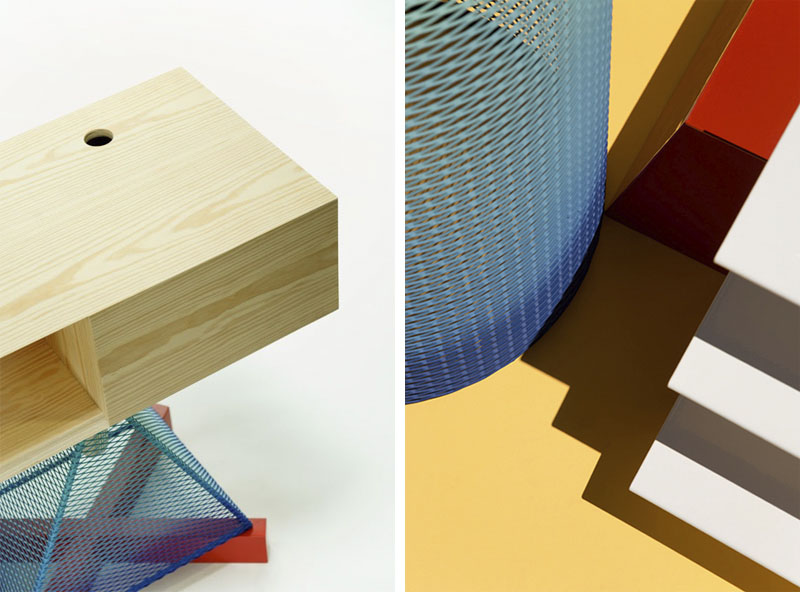 Each part of the project process is singular and significant in the work of this resident from Burgos who expresses a contagious enthusiasm for the unexpected. From the way to receive an assignment and generate personal-professional relationships; going through the first drawings and unforeseen events during the work; and until you get to the photographs and post-production compositions in which you recreate after each project. "Sometimes," he confesses, "I think architecture is an excuse to draw, or drawing an excuse to make architecture." And we can not talk about the architecture of Gonzalo and ignore his vision of representation. "The photo," he explains, "is valuable in itself, not so much for the purpose of explaining space. I already have those resources through drawing. (...) I think both drawing and photography should have their own autonomy. "